Post-election reflections from the party board

Despite the election results, we can see that our membership numbers are increasing along with our activity on both a local and national level, which is an opportunity we want to make the most of. The next step, following a post-election visit to all of our local branches, will be a national meet-up with our municipal groups and a meeting with our parliamentary group.

Despite the election results, we can see that our membership numbers are increasing along with our activity on both a local and national level, which is an opportunity we want to make the most of. The next step, following a post-election visit to all of our local branches, will be a national meet-up with our municipal groups and a meeting with our parliamentary group.

Last weekend (15-16th September 2018), the party board met to reflect on the election results on a general level and to focus on the work ahead. We have also begun work on a more extensive post-election analysis which is expected to be presented in mid-November. Local branches, internal functions and external analysts will be involved in the analysis. A survey will be sent out to all of the country’s local branches in the upcoming days that will form part of the post-election analysis.

As a party, we were struck by how a movement working towards a more traditional, authoritarian and pro-military way of thinking dominated the election campaign, strengthened by media reporting and the positions of other parties. This movement frightened people back into comfortable and safe corners, where our biggest opponent was the word “but…”. Primarily, there was a fear of wasting one’s vote in relation to the 4% parliamentary barrier. This message gained strength from both other parties and the media’s disinterest.

Like other democratic movements that challenge power and work for change, we meet resistance. But we know that change is possible.

Our campaign focused on positioning ourselves as a necessary feminist and antiracist political force in an increasingly and unsustainably racist, sexist and capitalist society through positive political messages such as “of course we can” and “secure democracy”. However, it was difficult for our messages to gain traction in the debates that dominated the election campaign. We may have needed to complement our messages with more concrete policies and challenge other parties to a greater extent in order to highlight our points of difference, particularly when they claimed to have solutions to issues that we raise. The upcoming post-election analysis will provide greater clarity on these points. 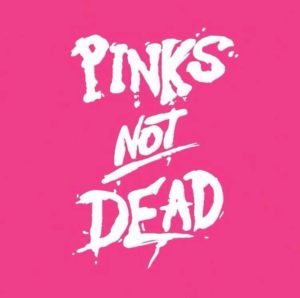 The national media’s disinterest in Feminist Initiative and dwindling poll results likely influenced both the national and local election results, along with the 2-3% barriers imposed in the local elections. Put simply, footwork and the word to mouth method was not sufficient despite the substantial election tour by both Gudrun and Gita who visited all municipalities, and despite all municipalities also being involved. Furthermore, many local branches ran very active campaigns with both local and national candidates.

Still, even after the election, we can also see greater involvement and organisation. That will be the focus as we carry on with our work. Therefore, the party leaders and party secretary will go on a post-election tour to all parts of the country where we are active.

With love as a driving force we continue doing it together

The party board sees the need to continue building our organisation by supporting local branches in their efforts to establish themselves and engage their members, and strengthen our work as a democratic movement by opening up for and offering to work more closely on a local and national level to achieve greater effect. We aim to gather all municipal associations and the parliamentary group during the autumn to lay out the direction of our work for the next four years. We will also prepare for the party congress in February and EU election campaign in May.

« English - Feminism for everyone